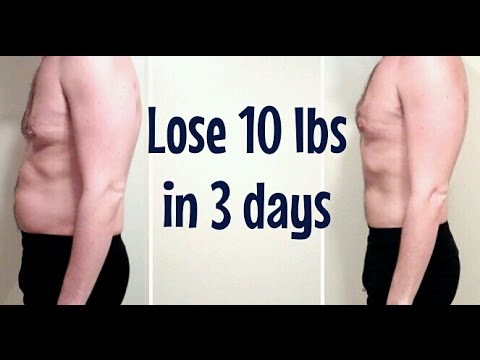 There’s an app for everything. Can someone just make an app that sucks the fat right out of you? Hi everyone I’m Rob and this is on the cheap tip! Now summer is right around the corner, and everyone is looking to lose weight fast. I mean, we’re going to be wearing a lot less clothing I wanna look like the hot guy in the pool loungin on the tube not just look like the tube. So recently a friend of mine a fellow youtuber Ms. Yanny told me about this military diet. Where you can lose 10 pounds in 3days! Yeah you heard me right, 10 pounds. So basically you’re supposed to follow a specific meal plan for 3 days and the combination of foods are supposed to work together to help you burn fat and lose weight.

Now I know what you’re thinking, there is just just no way and I am just as sceptical as you are. So I went to a trainer to ask them specifically if this would work and they confirmed that, yes it can work cause because the foods that you’re eating filling but low in calorie. Now I’ve decided that I’m not only going to show you how to do this diet but I’m crazy enough to act as your guinea pig and do this meal plan for the next three days to prove if it actually even works, but hey I can stand to lose a couple of pounds. So let’s get started. Follow me on my journey Mm-hmm. The first thing that you need to do is weigh yourself in the morning of the first day that you are starting All right. I’m about to weigh myself. Oh-oops I was just off the scale cuz I’m so fat and the grand total is 1lbs (kg) you’ve done that you’re just going to follow the meal plan and here it is Good morning, I have boogers in my eyes This is breakfast day 1 and what I’m eating is a half a grapefruit One slice of toast (whole wheat is best) with two tablespoons of peanut butter and one cup of coffee, no sugar No anything, it’s black, and I don’t even like coffee and I’m about do drink it It’s not that bad.

It’s a little strong. I’m definitely going to be awake after this. You could also have a bottled water handy I don’t normally eat grapefruits. I don’t know how to eat it. What do you do? Okay, this is not working for me. I’m not trying to be fancy anymore with this thing. Okay, this is good mmm Not bad breakfast so far It’s lunchtime And I’m eating a half a cup of tuna, one slice of whole wheat toast, and one cup of coffee Also, you can have water too. Now I do have to admit I have never eaten tuna fish before I don’t like it this smells so bad to me and I’m terrified of gagging. Oh my god I don’t know if I want to do this. My eyes are watering a little bit. You can see how scared I am of food Like why am I scared of this? I’m just gonna put it in It wasn’t that bad.

It’s a little fishy. Sort of tastes like chicken with a fishy aftertaste. Maybe I should eat it with the toast. I was just gonna heat it up and put some cheese on it Don’t like that. I feel like I’m gonna throw up My gagged on that one. It’s chicken, that’s it. Just chicken. Okay, I did it I’m done and that’s only day one It’s dinner time and what I got today is three ounces of a meat of your choice One cup of green beans a half a banana one small Apple. I have one cup of vanilla ice cream I’m going to enjoy the hell out of this. So this is everything that I would eat already So I’m not really having a problem You don’t really need to watch me eat Day two and I’m eating one egg cooked anyway you like the half of a banana and a slice of whole wheat toast and don’t be making fun of my egg I know it’s jacked up with having boiled an egg know by now.

This is something that I would eat normally It’s just delicious All right It’s lunch time, day two, and I’m eating one hard-boiled egg Five saltine crackers and the dreaded one cup of cottage cheese. I’m not excited about this one I don’t usually eat cottage cheese. That’s the one thing I’m kind of worried about them smell too bad I wonder if I spread it with a crack or maybe it’ll be a little bit easier to eat. Why is it lumpy? I Don’t like the texture That grosses me out a little bit. The taste isn’t bad though. With the crackers I don’t even really taste it just tastes like cream cheese. I mean will I eat this every day? Know about that it’s dinnertime and I’m eating two hot dogs, no bun a half cup of carrots one cup of broccoli half banana and a half a cup of vanilla ice cream not a cup like we had last time I have to tell you the thing that I’m the most excited to eat today is the hotdog when I first heard of this I was like I’m not gonna want a hotdog, like, that’s not something I’ve been craving I’ve been craving it all day, especially after eating that cottage cheese.

It took me an hour to eat So this I’m gonna make love to it. I love all the stuff so I’m gonna go  eat. I just woke up Good morning breath and all it’s breakfast day three and I’m eating one small Apple five saltine crackers and a slice of cheddar cheese Yes, just a slice. This is a very small breakfast. At this one I’m a little bit over this diet Today’s the day that I eat the least but on top of that I have to eat tuna fish again for dinner And I’m really not looking forward to that I mean it’ll be worth that in the end if I actually lose the weight, so I’m praying that that actually happens It’s lunchtime and I’m eating one slice of whole wheat toast and one egg cooked any way you like So much food.

What am I gonna do Again, I like everything I’m eating but it’s just I don’t know if this is enough to get me through till dinnertime I’m a big boy. I gotta get some food in me I’m gonna eat it slow and to make it last Hey it’s dinner time the meal that I’ve been dreading all day And I’m eating a cup of tuna fish a half a banana and cup of vanilla ice cream I had to prepare the tuna a different way because I just wouldn’t be able to down it and this is My only meal and I really have to eat this so I just grilled it up. No oil or anything Just plain and then I did season it with a little bit of salt and pepper They said in this diet you can actually season it. So I had to do it. I’m praying that it made a difference Let’s hope. Here it goes. Oh my god so much better .Ten times better Why didn’t I do this before? It tastes like chicken now? It got rid of that fishy taste But if I would have known this I would’ve beaten tuna a long time enough.

What a triumph So after I’m done with my tuna, I’m just gonna might get out of my ice cream and I’ll be done with this diet Thank God and we will see if I actually lost some weight So once your three days is up you’re going to then weigh yourself on the morning of the fourth day To see if it even worked. I hope I hope I hope time for the moment of truth 151 lbs (kg) I lost 6 pounds!!! It’s not ten but I’ll take it I haven’t been that small since pre-school Now this diet can be done once a week But weight loss will vary depending on a persons previous diet.

And if you would like to try out this military diet I will leave a link in the description box So you can find out more information about the meal plan Now as far as me doing this every week i don’t think that’s gonna happen I think that is a great initial start to weight loss But now I think I’m just going to take it from here and eat healthier and exercise. Now even though I didn’t lose 10 pounds I actually learned a lot about my eating habits during this process in which I often eat because I’m bored and not because I’m hungry and I think that was the best lesson I could have learned over all So thats my whole tip, and I hope that you liked it! Make sure to comment down below, like this video, and subscribe to my channel And i will see you all next Monday for another cheap tip, and this Friday for another cheap laugh! Bye guys! .